Henry Jones and his Convict Stain

Many people are travelling to Tasmania in order to discover their convict heritage. On a recent tour we had Sarah & Allan from Frankston, Victoria, who wanted to make their trip as close to the convict experience as possible. An obvious place to start was to come by ship. Seeing as how no convict tall ships were available, they travelled to the Apple Isle on the Spirit of Tasmania. With the end of transportation to Tasmania in 1853, and the end of convictism in 1877, Tasmanians set about forgetting their convict beginnings, despite the rest of the western world being determined to do the opposite. Tasmanians developed the topic of one’s convict forebears as taboo. Instead of removing the convict stain it just covered their shame in fearful repression. Today, many of us, like Sarah & Allan, revel in our convict ancestors, and with great pride announce the number of colonial convicts in the family tree. It was commonly assumed that the more important and wealthy a Tasmanian you were, the further you were from the convict stain. For Henry Jones, the famous and influential Tasmanian businessman behind the iconic IXL Jams, great efforts must have been taken in order to eliminate his convict connections. Both of Henry’s parents were convicts. In 1848 Henry’s mother Emma, at the age of 18, was convicted of theft and sentenced to seven years transportation. Henry’s father, John Jones, arrived in 1850, sentenced to 10 years also for theft. 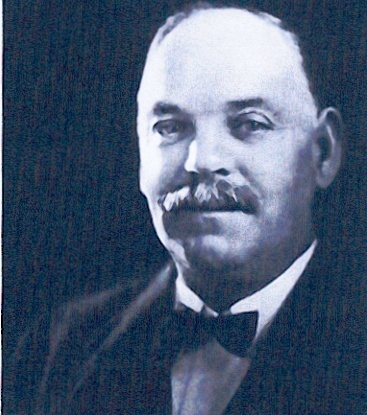 These two images show first John Jones, photographed while under sentence in 1874. Next is his son, the great man Henry Jones, pictured here in 1925. In the 1860s-70s, the Jones family had a difficult time, thanks in particular to Henry’s father who had further convictions for drunkenness before the expiration of his initial sentence. He then had later convictions – and jail time – for forgery which saw him spend considerable periods at Port Arthur. Being one of eight children, and with his father in jail, Henry started his working life at Peacock’s Jam Factory at the Hobart waterfront, at the tender age of 12, in order to help support his mother and siblings. It all seems a little Oliver Twist, with Henry’s first job being to paste the labels on the jam tins. It could be argued that it was Henry’s determination to overcome his burden of the double-convict parent situation that drove him to develop his skills in business, as an entrepreneur, and rising to become a financial advisor to the Commonwealth Bank and Tasmania’s biggest employer in a wide range of industries. Henry did a great job to conceal his convict stain, and the evidence of his family connections has only just been revealed by extensive research undertaken by a direct descendant Craig Sampson. More can be read about the discovery of Henry’s convict connections in the latest edition of40South magazine.

One Response to Oh the shame! Henry Jones: son of convicts!