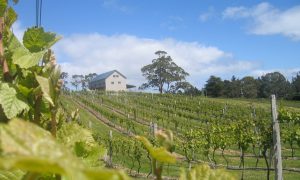 Where was Australia’s first vineyard? 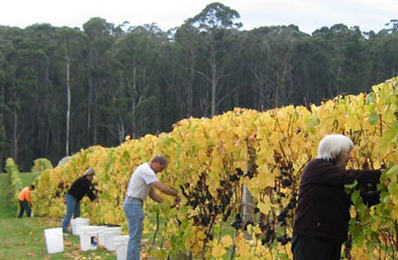 Well, ok – Australia’s first vineyard wasn’t quite this big, they didn’t have plastic buckets and it didn’t actually produce any grapes. But it was the first! And you won’t believe who planted it. 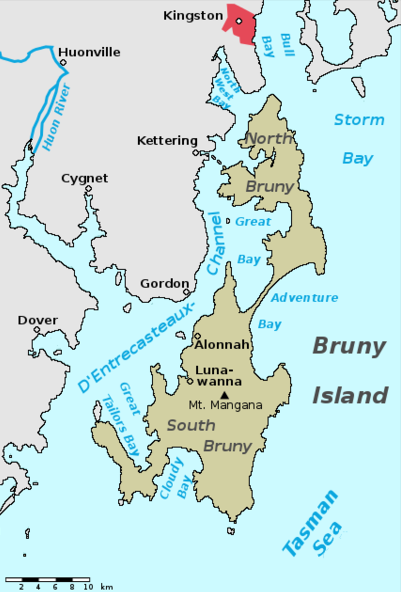 Think back to 1788 – lots of maritime exploration happening, especially around the south of Tasmania, in particular Adventure Bay on Bruny Island. Captain Bligh was on his way from the Cape of Good Hope heading for the pacific, in order to take breadfruit from Tahiti to the Caribbean. On his way he stopped in at Adventure Bay in order to pick up fresh water and have a bit of a rest. On his previous trip – with Captain Cook – he stopped in at Adventure Bay, Tasmania and located some ideal fruit growing regions there. This trip, as captain of the Bounty, he came prepared and brought with him vine cuttings, small fruit trees and a range of vegetable seeds. Bligh and his crew got busy clearing a patch of land and planted several dozen apple trees, many rows of vegetable seeds and 9 grape vines – Australia’s first vineyard! They stayed on Bruny Island for a few weeks to explore and make sure the plantings were established, then set off for Tahiti. Things went quite pear shaped after that with the mutiny, but that’s another story. Bligh survived the mutiny and continued with his career, and returned to Adventure Bay 4 years later. 1792, on this return trip (again trying to get that breadfruit deal sorted) he popped in at his vineyard on Bruny Island and found that everything had been burned, and only 1 apple tree was left alive, quite stunted but with a few apples of bright green skin and a sharp, tangy, crisp taste, which is believed to be the first Granny Smith apple. Bligh was of course quite disappointed at the loss of the vineyard. He hadn’t taken in to account the burning regime used by the original inhabitants of the area. It took a few more years before more vineyards were planted and established in Tasmania, and I’ll tell you all about that next time.